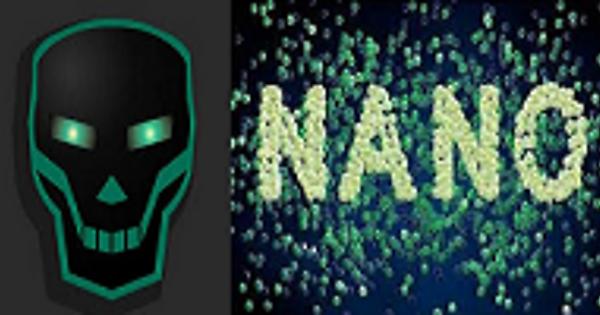 In other words… NANOTECHNOLOGY 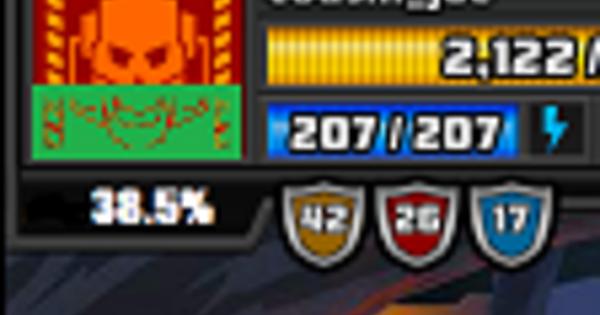 Anyways, that’s some rough ideas for now. Again, the idea would be to introduce it as a Campaign enemy initially, and then make it playable later. The new technologies introduced here would make for a more interesting and strategic game and could be used by some of the other Mech factions. I realize current strategy and balance needs some work, but this might be something to look at more long-term to keep SuperMechs exciting and interesting for years to come

Thoughts? As always, I would appreciate any Feedback or Suggestions

Is this a variation on the “poison” type that many people have speculated in the past?

But as always @cousin_joe, coming up with great topics!

I think it would add more symmetry

You got your Red and Blue (Heat and Energy)
Then, you’d have your Yellow and Green (Phys and Nano)

It sounds weird, but you might be able to actually balance it better

Don;t get me wrong, I think the game has some balance issues it has to work out first, hence introducing this as a Non-playable Campaign Faction only to start, but come on, you gotta admit it would make a great Enemy for Red, Yellow and Blue to band against initially!

Maybe… Let’s hear some other opinions on your idea

I just had to edit your post.
It’s an element not faction lol.

Energy is an element, so is heat and physical.

It’s a good idea, but would be way too OP. Imagine someone with 100% infestation, and then a max spartan carnage doing 800+ damage. Add healing to the mix, and you got an unstoppable new element.

It would not work, battles are very short now so no poison/nanotech.
Psyh mechs with lifesteal weapons would be deadly for arena, big no from me for now

I like your idea very much. At the same time, I feel so sorry for you bro! You wasted so much time thinking over the details, and even more time posting this into this forum. Tacticsoft employees do not give shit about such ideas. They never respond to ideas posts (apart from graphics ideas, cause I bet they are just too lazy to design items themselves now, they just enjoy the cream of Reloaded now)… I produced several long posts with ideas, like Kaiju in SM, daily containers bonus… etc. Do you know how many replies I received? 0. So yeah, good job, and now just find another sandbox for you…

It sounds weird, but you might be able to actually balance it better

No, balance would go down even more

Highly detailed and I love the idea

It is a pretty good idea, but I think is not useful, since high ranking matches can end in less than 6 turns- no time to even consider using its abilites

It also might be pretty op against heat and energy

Will just say this.
In a rock-scissors-papper game, the shape is a triangle.Altho is would imply balance… wich we dont have in this game since phis is dominant.
But lets assume it is a triangle, each element counters an element.
If you add a new element it becomes a squar.
Altho squars arw balanced, they lack shifting sides, turn it and you will always get same side.
The lroblem with squar typology, is thst it cannot evolve into a new thing.
And once it becomes balanced, it becomes unmovable.
Adding a 4th element will stagnate the game in basicly an equal balanced shape, that has nk dinamic.
So… i say kinda of a no to this.
But i really liked the work and thought you put into this.
Kudos to you.
Keep it up.

so this are my thoughts…

DUH, tbh i dont want to see any type of healing while battling… ever

i think this is a bit unfair… even if the buff is this little because then other torsos should get a weapon buff too like zark and other heat torsos should get a buff for heat and energy torsos for energy and phy for phy but then no one would want to mix torsos with different weapons… so i think the buff is not necessary, im sure there would be a place to upgrade dmg and nano buff if this class was included in the game…

Nanos do not walk, they hover… 3 spaces to be exact. They also do not stomp, nor can they be stomped. They can Charge. The high mobility is to help stay away from the Physicals

ok… this sounds a bit dumb since we already have legs that move 3 spaces so i think that instead they should be able to get wheels that start at epic or something and go up to myth, also the not being able to stomp is trashy… is like forcing them to wear a claw but instead they can move and have less hp, also the fact that they can charge is a bit op because they can close in quickly and then get out… so no thank you, i think that having normal stop and movement is good.

I know repair drones are not popular, but come on, this is NanoTech

. It would be a small amount (25-75 HP) in keeping with Nano’s theme of trying to stay alive until the damage multiplier is high enough

no thank you, again as i had said. i think you should just give them either more res or more hp (as much or more compared to phy) also you do realize that you would have to decide between this drone and the log drone if they were released right? like you cant equip both

Generator version of this shield, which is 1-use, but would block 75-100% of incoming damage for one turn.

no thank you… lets just stay with the energy and heat shields… we dont need something that can block 1 whole attack!

pls no… instead just give the dmg protection but for this tech, we dont need a cleanse kit or anything like that! just give the res stat! which would lower the dmg just like any other dmg! we dont need to complicate ourselves with so many new ideas

in total i think that your idea is creative, but instead of healing, the faction/element itself should have around as much hp as a phy can have so then the buff can make it’self useful. also we dont need to complicate the legs mechanics or torso stats, legs should have the dmg and nano buff just like the weapons, not the torsos! is like giving all the heat heat buffs, energy energy buffs, and phy phy buffs. favoring players for using the same torso type as the dmg type is not such a good idea, legs should be normal with movement and stomp and there should be no healing at all
also weapons shouldnt be like “oh all close weapons have high dmg but low infestation while long range have the opposite” instead i think the items should vary just like in the other elements
also i think that the nano should be purple… idk why but i think so beause it reminds me of so many movies where nano tech is purple or something close to that (like in Black Panther, some sci-phy alien tech movies and i think Brainiac …)

Is this a variation on the “poison” type that many people have speculated in the past?

But as always @cousin_joe, coming up with great topics!

Yes, variation of poison type would make the most sense

What about as a 4th nonplayable campaign faction?? I should have had that as a poll option.

It’s a good idea, but would be way too OP. Imagine someone with 100% infestation, and then a max spartan carnage doing 800+ damage. Add healing to the mix, and you got an unstoppable new element.

I tried to make it easy to implement by overlapping Physical type with Nano. I guess you would actually have to create a separate Nano damage type instead of Physical (so Phys doesn’t get the Infest bonus)

Nano weapons hit for less than physical at baseline so it would be balanced.

somewhere else it was suggested freezing technology…altough nano stuff sounds cool, it is not really as someone said “battlemechlike”
and imo freeze is more natural counterpart to heat than nanotech to any other
(i wonder what would be the proper counterpart for electric and phys?..)